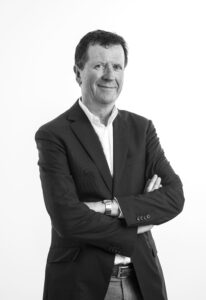 Jan Paul Franx graduated in 1984 from the Free University of Amsterdam. His master thesis on the new Dutch Arbitration Law was published by Kluwer. In 1984 and 1985 he worked first at the T.M.C. Asser Institute for International Law (Department of International Commercial Arbitration) in The Hague, then as an international trainee in Linklater’s London office (arbitration practice) and finally in barristers’ chambers (Middle Temple) in London. Between 1986 and 2011 he was a lawyer at NautaDutilh, the last 18 years as a partner. In 1993 he was seconded as a foreign associate to the corporate, arbitration and securities practice of Simpson Thacher & Bartlett’s New York office. From 1993 to 1996 Jan Paul worked in NautaDutilh’s Breda office, where he focused on giving advice to and litigating on behalf of family owned companies.

After leaving NautaDutilh, Jan Paul became one of the founders of FG Lawyers, which opened on 1 March 2013. At FG Lawyers he has the opportunity to use the full spectrum and depth of his professional experience for the benefit of clients in various sectors, including inter alia the financial sector, private equity, retail and biotechnology.

Jan Paul regularly publishes articles in legal magazines on corporate and securities issues. He teaches in post-academic courses and Master programmes of various universities. In September 2017 he defended his PhD-thesis Prospectus Liability in Tort and Contract (published by Kluwer in the series Law & Practice/Financial Law) at Erasmus University Rotterdam. As per 1 October 2017 he was appointed professor of securties law in Groningen University.