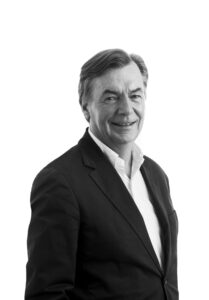 Gijs Gerretsen graduated in 1983 from the University of Utrecht. In 1984 he completed a Master of Comparative Law programme at the University of Illinois. From 1984 to 2012 he was a lawyer at NautaDutilh, the last 20 years as a partner. In 1990 he was seconded for a year to work as a foreign associate in the corporate practice of Allen & Overy in London. For most of his time at NautaDutilh Gijs worked in its Amsterdam office. Between 2000 and 2006 he was the resident partner of NautaDutilh’s London office. From 2009 to 2012 he worked in the Rotterdam office.

Gijs has very broad experience in the corporate transaction practice and during his time at NautaDutilh he advised on a great number of M&A transactions, private equity transactions, joint ventures and matters related to listed companies, both with a national and international dimension.

Recent examples are: various M&A transactions for Sanoma, Deckers Outdoor Corporation and Prince Global Sports, advising Laxey Partners in connection with a public offer on Spazio Investment N.V. and Eurand N.V. with respect to a public offer on its shares, advising Diageo, Intel and Louis Dreyfus on joint ventures and the delisting of Satyam. In addition, he advises companies on complicated commercial contracts and acts regularly as a sounding board for management and officers on strategic matters. Partly as a result of the fact that he was NautaDutilh’s resident partner in London for six years Gijs has a vast international network.