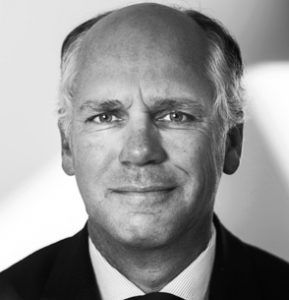 Frits Oldenburg graduated from the University of Leiden in 1984 in notarial law. In September of the same year he started working with NautaDutilh in Rotterdam as a candidate civil law notary. From January 1988 to May 1989 he completed his military service. After a basic course in Russian at the School for the Military Intelligence Service he worked as a Russian-German translator for a stand-by unit of the Dutch army.Following his military service Frits was seconded for six months to Ashurst in London where he worked as a foreign associate in their corporate department. Subsequently he resumed his career at NautaDutilh and in 1995 he became a partner and civil law notary. From 1997 until July 2013 Frits worked in NautaDutilh’s Amsterdam office.

Frits specialises in corporate law including related European rules and regulations. He advises a wide-range of both national and international clients in this area. He has very broad experience in (cross- border) mergers, M&A transactions, joint ventures, private equity transactions, restructurings, matters related to listed companies and corporate governance issues.

Examples are: the merger between Coopers & Lybrand and Price Waterhouse which created PricewaterhouseCoopers, the sale of PwC’s management consultancy business to IBM, the listing of the Ajax football club on the Dutch stock exchange, the issuance of a new series of financial preference shares by ABN AMRO, the takeover of ABN AMRO by the consortium consisting of Fortis, RBS and Santander; various restructurings of HSBC, ThyssenKrupp, STMicroelectronics and France Telecom, cross- border mergers between ING and some of its group companies, the restructuring of Fortis and some of its group companies and advising listed companies such as Laurus, Wegener and Brunel on corporate governance issues.

With effect from 1 January 2013 Frits Oldenburg has been granted by the Crown, at his request, an honourable discharge from his function as a civil law notary in Amsterdam. Since 1 July 2015 Frits has been a member of the supervisory board of Holding PricewaterhouseCoopers Nederland B.V.